Walid Bahsoon, the founder of Premier Enviro Solutions, was born in Sierra Leone. Being a natural entrepreneur, he helped with running the family cosmetics factory in Freetown since he was 13. Walid’s engagement with waste management started when he moved to Malaysia where he worked at the first ever Waste-to-Energy plant in Southeast Asia, handling 1,000 tonnes of municipal solid waste (MSW) per day, extracting recyclables for sale and selling power to the grid. He was in charge of research: investigating methods for drying organic waste and fecal sludge to be used as refuse-derived fuel (RDF), as well as methods for landfill mining to extract plastics for use as RDF and metals for sale.

Having spent eight years in Malaysia, Walid returned to Sierra Leone in 2014, which coincided with the start of the Ebola outbreak. Faced with an opportunity to help his country, he secured a procurement contract with the government for delivery of 50 ambulances from Belgium and Dubai by air. This prompt delivery, before the November lockdown, contributed to the end of the outbreak a few months later.

Walid believed that he could use his waste management experience to improve the environment and the public health in his country, and founded Premier Enviro Solutions in October 2017. In his quest to promote solutions most suitable for the local context, Walid looked for waste generation data, only to realize that such data did not exist. He required data to assess the waste management challenges, so he reached into his savings and commissioned a month-long waste generation and composition study through a local university in December 2017. The study revealed that Freetown generates 550 tonnes/day of MSW, of which only 23% is collected and disposed of at the Freetown’s dumpsites. For a Waste-to-Energy plant to be feasible, at least 500 tonnes/day of MSW should be collected, and Freetown was far from that at 130 tonnes/day. The data also showed that 66% of MSW is organic waste.

90 tonnes of plastic waste (16% of MSW) are generated in Freetown daily. Approximately 20 tonnes are collected and end up at the dumpsites, of these about 10 tonnes are traded in an informal recycling market. The other 70 tonnes remain uncollected - polluting Freetown, causing flooding by clogging the city’s waterways and drains, and releasing toxic fumes when burnt. The study revealed that there is a potential for recycling 50% of plastic waste - PET drinks bottles (25%), HDPE and PP bottles (10%) and clear water sachets (15%); while the remaining 50% are flexible and low-value plastics that cannot be recycled through conventional methods. Now armed with the data, Walid embarked on a journey to find a sustainable, eco-friendly process that would produce building materials from all this plastic waste.

At that point, Walid met Mohammed, the head of the Youth Recycle Enterprise, an association of four youth slum communities. As part of the UN sponsored program these young people were trained to make pavement tiles from plastic waste and sand. They were openly burning the plastics which resulted in toxic fumes; and the resulting pavement tiles were inhomogeneous and of low quality. Mohammed said he couldn’t find buyers for these tiles. Walid proposed to buy all of the tiles they had produced on condition that Mohammed joins him for an R&D project to improve the production process. They started buying all types of plastic waste and over several months they tested various recipes until they created a perfect mix of plastic, sand and gravel. The resulting blocks did not deform or melt when exposed to fire. They sent samples to a local lab to conduct stress tests; the results showed that the strength of their blocks was nearly twice that of conventional blocks made from concrete. Walid was satisfied; this was the start of the Plastic 2 Build project.

The new mayor of Freetown, elected in August 2018, invited Walid to join the “Sanitation Planning” working group, which along with working groups for urban planning, housing and job creation for youth formed the “Transform Freetown” initiative. This allowed Walid to set the direction for waste management and recycling projects in Freetown, including the improvements and extensions to the local dumpsites.

Plastic 2 Build project earned Premier Enviro Solutions an award at the Asia Pacific Housing Innovation Awards in September 2019. This was followed by the People’s Choice Award at the launch event of the UNDP Accelerator Lab in October 2019 where innovations in waste management, affordable housing, provision of safe clean drinking water, renewable energy and information technology were showcased. Walid’s ambition is to scale Plastic 2 Build project to process 25% of plastic waste generated in Freetown. The benefits will be tangible (affordable housing, schools, hospitals and public buildings), intangible (extended lifespans of the dumpsites, unclogged drainage systems, cleaner beaches and less air pollution from open burning of waste), wealth creation and employment opportunities. 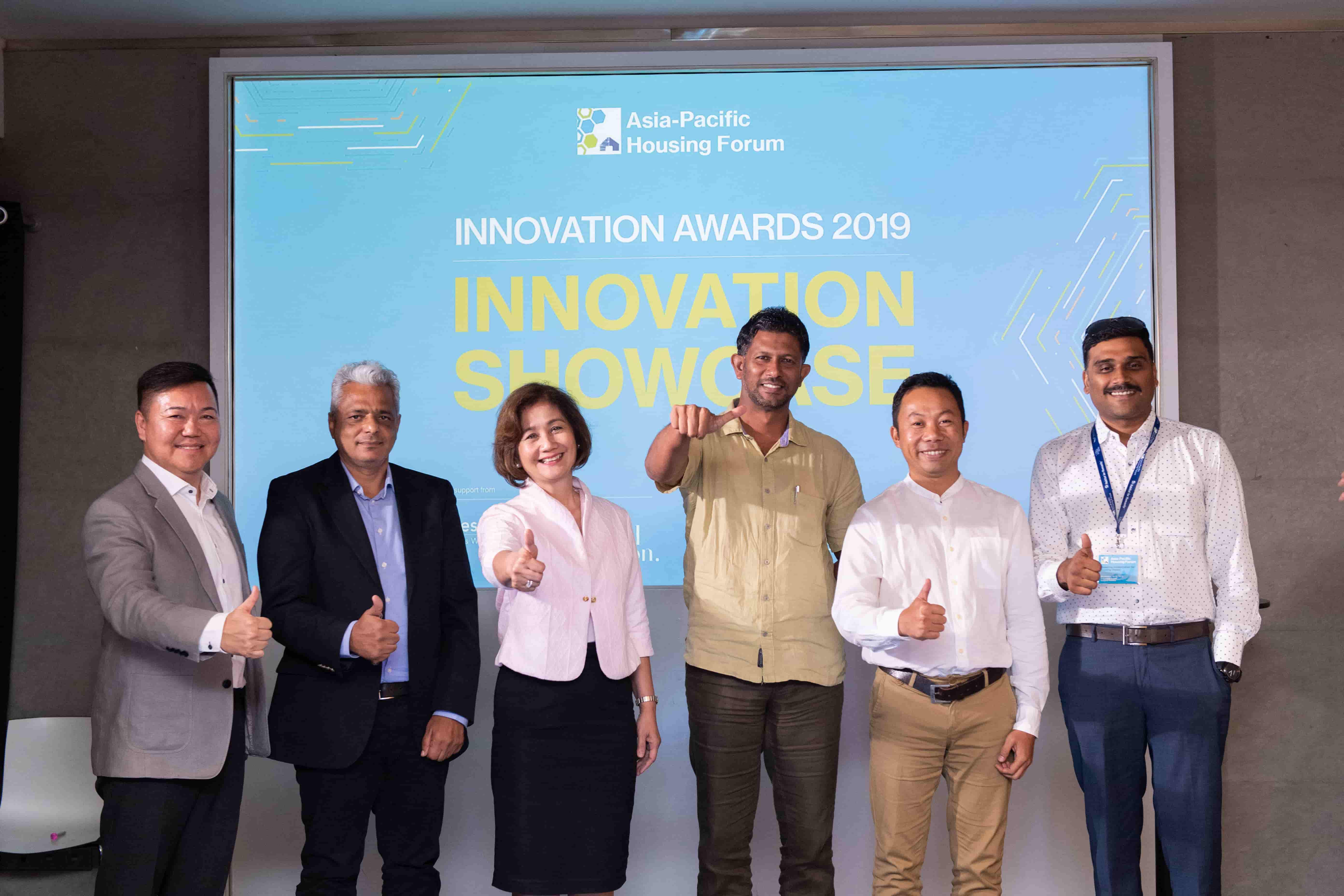 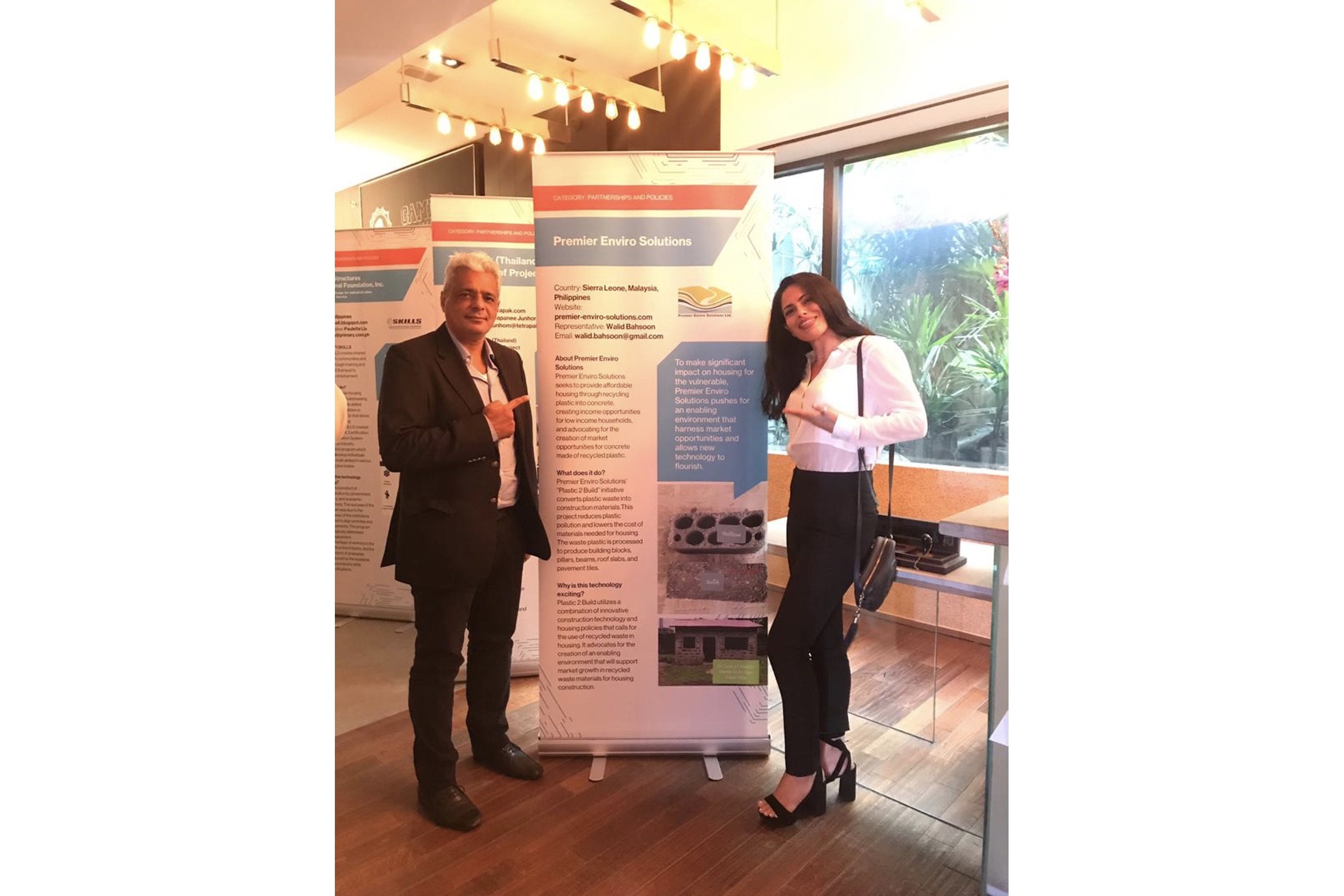 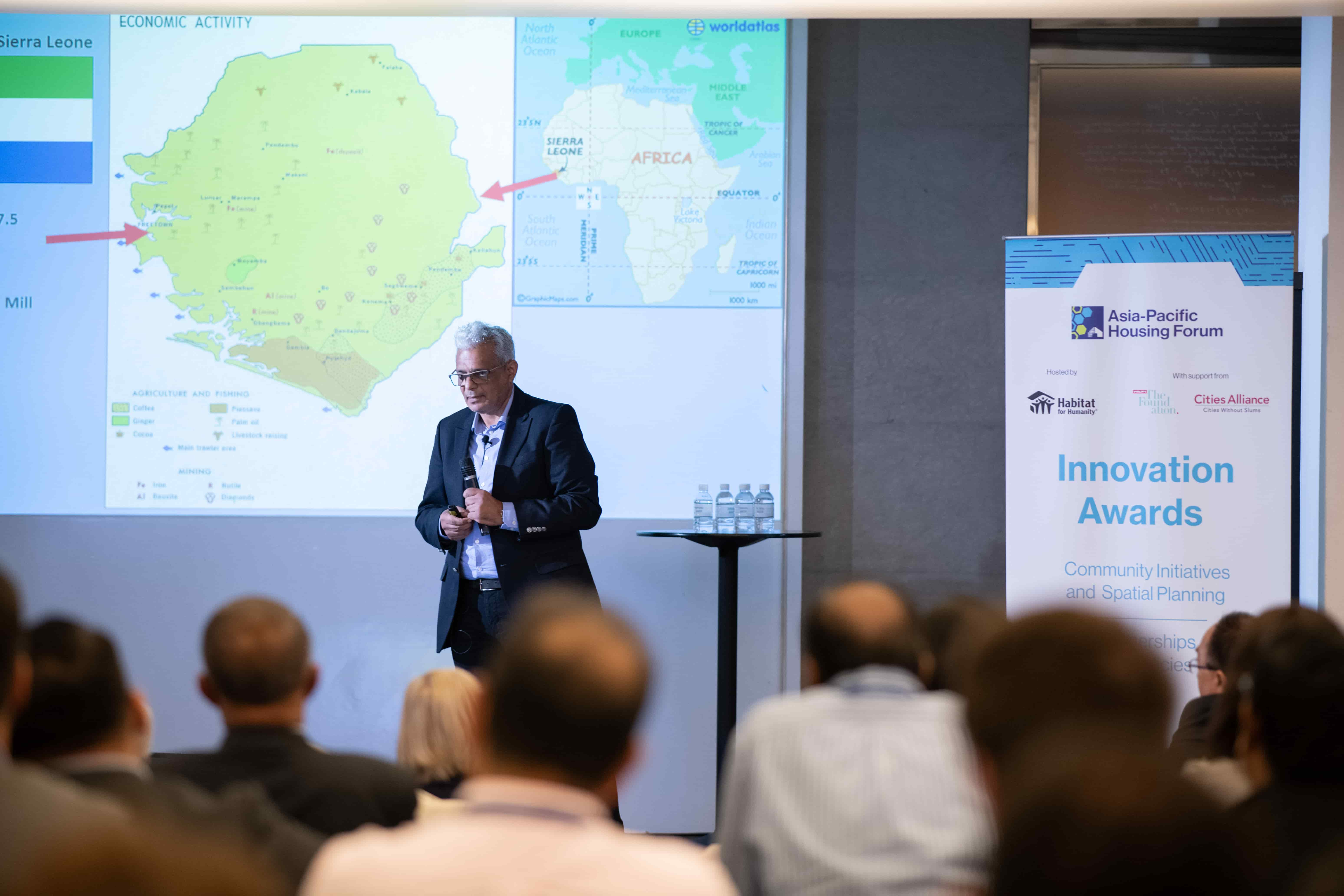 Walid’s vision goes beyond plastic. At Premier Enviro Solutions he is also developing projects for treatment of the types of waste that pose the most danger to public health - faecal sludge and medical waste.

Walid is also working closely with the national government to create an enabling environment for all existing and future businesses in the recycling industry. Taking the inspiration from the Green Public Procurement scheme introduced in the European Union, Walid envisions a resource-efficient circular economy - an ecosystem where recycling companies can thrive. He is working towards introducing incentives and policies that attract investment and encourage the use of products made from local recycled materials.